THE LAW, THE CHARTER AND LUNACY 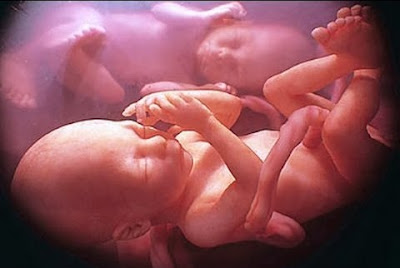 Based on Section 223 of the Criminal Code and the lack of any Canadian Law with regard to limits on abortion, it is theoretically possible for a woman to be pregnant with twins, for the woman to give birth to the first child (who is now fully protected by the Law as a human being) and then for the same doctor to abort/kill the second twin so long as he or she does so while the child's foot is still in the birth canal (even though the baby may be breathing and crying) and will face no legal consequences whatsoever.  Like I say, a far-fetched scenario but valid according to Canadian Law.

Given the Charter protections offered to the first twin are sacrosanct, that is,
“Everyone has the right to life, liberty, and the security of the person and the right not to be deprived thereof except in accordance with the principles of fundamental justice.” and “Every individual is equal before and under the law and has the right to the equal protection and equal benefit of the law without discrimination and, in particular, without discrimination based on race, national or ethnic origin, colour, religion, sex, age or mental or physical disability.”
does this not make Section 223 of the Criminal Code contradictory to the Charter and clearly unconstitutional? Is the second twin not an individual?
Section 223 of the Criminal Code reads:
When child becomes a human being:
Child
(1) A child becomes a human being within the meaning of this Act when it has completely proceeded, in a living state, from the body of its mother, whether or not
(a) it has breathed;
(b) it has an independent circulation; or
(c) the navel string is severed.
What do you think?